Forgiving Student Loans In Oklahoma Bankruptcy is very difficult. Like many of the discharge provisions found in the Federal Bankruptcy Code the law regarding student loan forgiveness has undergone numerous changes.  Most of the changes to the dischargeability of student loans is focused on narrowing and almost eliminating a borrowers ability to forgive student loan debt in bankruptcy. Bankruptcy may not help with student loans but still may be a great option.

Prior to initial restrictions on forgiving student loans in the late 1970s, many new graduates were able to discharge all the student loan debt. They were able to do this if they were unable to find a meaningful job after they graduated.  This loophole allowed a borrower to keep their income low by not having meaningful employment which in-turn qualified them for loan forgiveness.

With the passage of the October 17, 2005 Bankruptcy Abuse Prevention Act 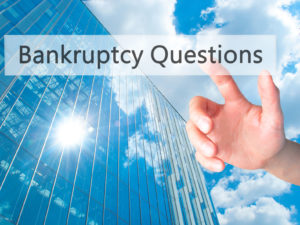 (BAPCPA) discharging both private and guaranteed student loans is limited to an extremely narrow set of circumstances. The new laws have created a standard that must be met before the student loan discharge will be granted.  This standard is referred to as undue hardship on the debtor.  Undue hardship means different things to different debtors depending on what the law will recognize as undue hardship.  Under the new law the debtor must have such a high debt and must be in a financial position that paying the loans back is nearly impossible.

The impossibility of repayment doesn’t simply look to the debtor’s current financial situations but rather the possibility of the debtor changing their financial situation in the future.  An example may be that the debtor is permanently disabled thereby unable to earn any significant amount of money for the entirety of their life.  Another circumstance may involve a single parent with a larger number of dependents and a skill set that will make meaningful employment next to impossible.  In any event, the percentage of those debtors attempting to discharge the student loan debt and those actually receiving the discharge is near insignificant.